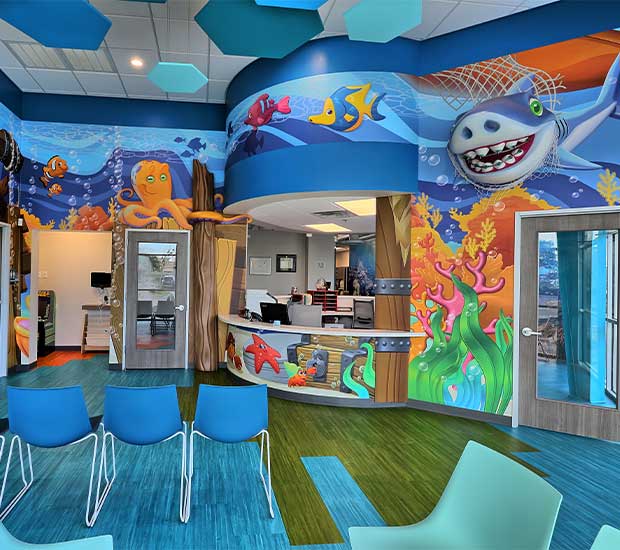 We understand how difficult it can be to get a child to enjoy visiting the dentist. The truth is those others do not have the knowledge or skills to treat oral health issues in children. Fortunately, we have the skills and specific training to provide the pediatric dental care a child needs. We create a comfortable and welcoming environment to help the child relax.

We strive to create a positive relationship with the patients so they are not as afraid of returning to dental care in the future. We also walk parents through every step of the process so there is no confusion. We understand how to interpret a child stating that there is a pain in the teeth, but they are not sure of what it is. We value healthy teeth at a young age to promote healthy growth for years to come. 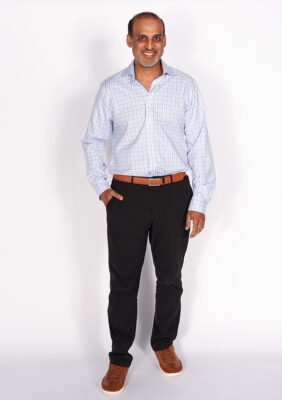 Faisal Khan, DDS grew up in Detroit, from the cold state of Michigan. He is a graduate of Alma College where he received multiple scholarships. He then pursued a master’s degree at New York Medical College. Then, Dr. Khan attended New York University (NYU) College of Dentistry, where he also received multiple scholarships, and graduated in 2005 with his Doctoral of Dental Surgery degree (DDS).

He is also an active member of the following associations:

Dr. Khan married a Sugarland native, Samiha Zakaria, and they relocated from the colder New York environment, to warmer Fort Bend County. They have been blessed with 3 cute kids, Zayna, Hamza, and Eisa When Dr. Khan isn't working at the pediatric practice and he isn't actively participating in his multitude of dental/community activities, he is either spending time with his family, or watching/participating in sports, especially the Detroit Lions. 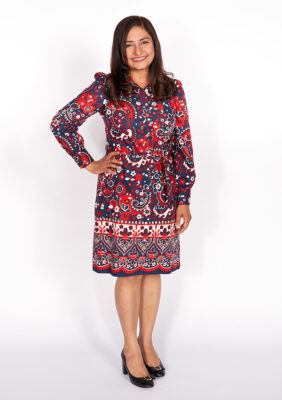 Dr Priyanshi Ritwik received her degree in Dental Surgery from India. She worked for two years in the Kuwait Ministry of Health providing dental care for elementary school children and found her passion for being an oral health professional for children. This led Dr. Ritwik to pursue a residency in Pediatric Dentistry from Louisiana State University School of Dentistry and a Masters of Science in Oral Biology. Dr Ritwik then became a Diplomate of the American Board of Pediatric Dentistry (ABPD). A strong sense of advocacy for high standards in pediatric oral health led her to become a consultant for the ABPD and a member of its Examination Committee. She served as the Advanced Education Program Director in Pediatric Dentistry and as Director of the Special Children’s Dental Clinic, Children’s Hospital New Orleans, Louisiana. Dr Ritwik is a consultant to the Commission on Dental Accreditation, highlighting her commitment to excellence in oral health education. She has published in numerous national and international journals and textbooks, including evidence-based guidelines for the American Academy of Pediatric Dentistry.

Dr Ritwik moved to Houston in December 2019 after seventeen wonderful years in New Orleans. Dr Ritwik and her husband enjoy trying various cuisines and travelling with their two children. When she is not busy with dentistry, Dr Ritwik enjoys reading poetry and painting. Dr Ritwik is thrilled to be a part of Grand Parkway Pediatric Dentistry and honored to serve the children in this lovely community! 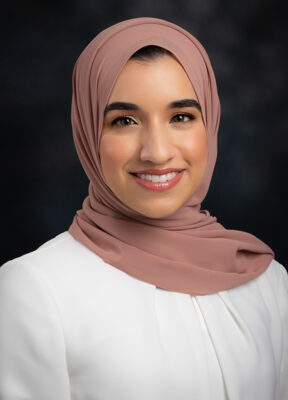 Dr. Aalia Farukhi attended the University of Houston and graduated with a Bachelor of Science in Nutritional Sciences. She then went on to attend the UT Health San Antonio School of Dentistry. She was one of ten dental students selected nationwide to perform research at the National Institute of Health on advanced therapies and dental treatments. After graduation, Dr. Farukhi returned to her hometown of Houston. While working as a general dentist, she discovered her passion for treating children. She returned to school and earned a Master of Science in Dentistry while completing a two-year pediatric dental residency program at the University of Texas Health Science Center at Houston. She gained expertise in treating patients with special health care needs at Children’s Memorial Hermann Hospital and Texas Children’s Hospital. Outside of dentistry, Dr. Farukhi enjoys working out, gardening, and painting. 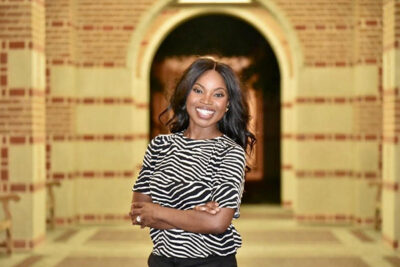 My name is Dr.Abimbola Olutimehin-Agbolabori, also known as “Dr.Abby", and I am a pediatric dentist. I grew up in Pearland, Texas, and graduated from Pearland High School. I then attended the University of Pittsburgh for my Bachelors Degree, as well as the University of Texas School of Dentistry at Houston for my DDS. My passion for working with, and caring for little ones drew me to the specialty of pediatric dentistry. I then obtained both my masters and specialty certificate in pediatric dentistry from the University of Illinois at Chicago. I am happily married to my husband, Stephen, and we both enjoy early morning workouts and trying new restaurants around town. I am excited to be a part of Grand Parkway Pediatric Dentistry, and serve the wonderful children/families of this community! 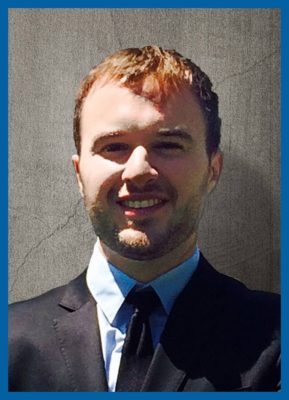 Brent Kanar, DMD, born and raised in the Pittsburgh, PA area, recently moved to Houston upon completion of his comprehensive three-year dental anesthesiology residency through the University of Pittsburgh Medical Center (UPMC) Medical Education Program. Brent received his B.S. in biology from Juniata College in 2008 and then in 2012 earned his DMD degree from the University of Pittsburgh School of Dental Medicine, where he spent a significant amount of his clinical training time focused on the practice of anesthesia for phobic and special needs patients. 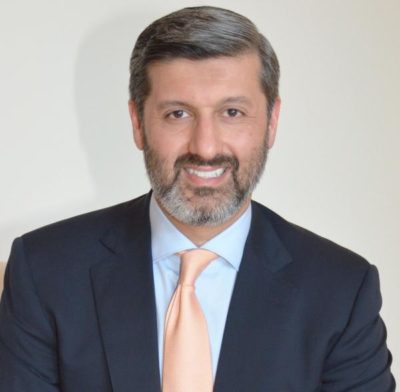 Dr. Dar is a native of Spring, Texas. He attended Klein High School and went to college at Southern Methodist University on a scholastic scholarship where he earned a B.S. in Biology. He then went on to earn his dental degree from Baylor College of Dentistry in Dallas, Texas. He graduated in the top 15% of his class on the Dean’s honor list. Dr. Dar received numerous awards in Dental School including the prestigious American Association of Oral & Maxillofacial Surgery Award, Southwest Society of Oral & Maxillofacial Surgeons Award and the American Dental Society of Anesthesiology Award. After completing his dental degree, Dr. Dar received his medical degree from Stony Brook School of Medicine in New York. He completed a year of General Surgery training and a six-year residency in Oral & Maxillofacial Surgery at North Shore-LIJ in New York. During his residency, he obtained extensive training in Craniofacial Surgery, Orthognathic Surgery, Cleft Lip/Cleft Palate repair, Facial Trauma, Facial Reconstruction, Facial Cosmetic Surgery, Head and Neck Pathology, TMJ Surgery and Dental Implants. Dr. Dar is certified in Advanced Cardiac Life Support, Pediatric Advanced Life Support and Advanced Trauma Life Support from the American College of Surgeons and the American Heart Association. Outside of work Dr. Dar enjoys running, reading and most importantly spending time with his family. Dr. Dar is excited about being back home in Texas. 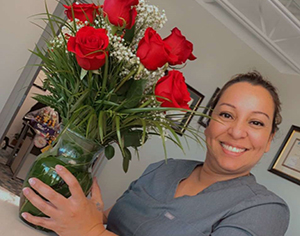 Hi! My name is Mary Zurita and I absolutely LOVE what I do at Grand Parkway Pediatric Dental as an Office Manager. I have been here since March 2013 and continue to be here working with children and putting a smile on their faces. As a mom of five, 2 beautiful girls and 3 handsome boys, I understand the life of a busy parent, and will make every effort to make your visit smooth and convenient for the whole family.